Not my day – yet a great day

As athletes I think we all know when it’s not our day. Sunday at Ironman African Championships, after many years of competing in Triathlon was an entirely new experience for me. It was certainly not my day, from the very beginning to the end, I had nothing in my tank. I would expect as the day goes on, for things to get harder and harder. But here I was in intense pain and completely flat from beginning to the end. I wanted to pull out after 45 mins on the bike, I felt like I just couldn’t carry on – but I had KIKstars out on the course, who would be fighting there own battles throughout the day and as their coach I couldn’t do that to them. Those guys and our incredible supporters who travelled up to PE spending all day cheering us on – helped me slap a smile on my face and carry on – while every other ounce of my being, was saying STOP. I’m so glad I did carry on as hard as it was, and as many times as I did give up, I got to the red carpet eventually and got my medal. I got to see the big smiles on the KIKstart Ironman finishers faces (on and off the course)– making it the best day ever. And the support we all got from our awesome bunch of “Crazies” KIKstart supporters under the gazebo was next level. This turned out to be a great day, one that I will always remember. J What do they say – “What doesn’t kill you makes you stronger” 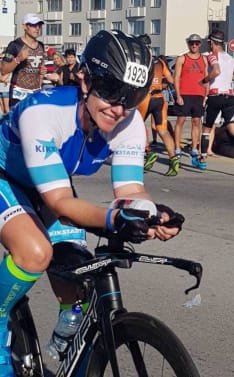 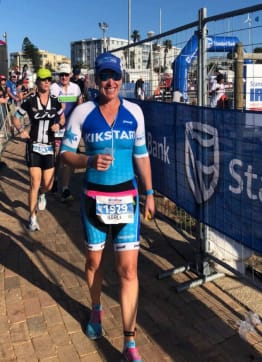 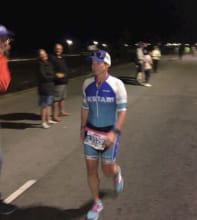